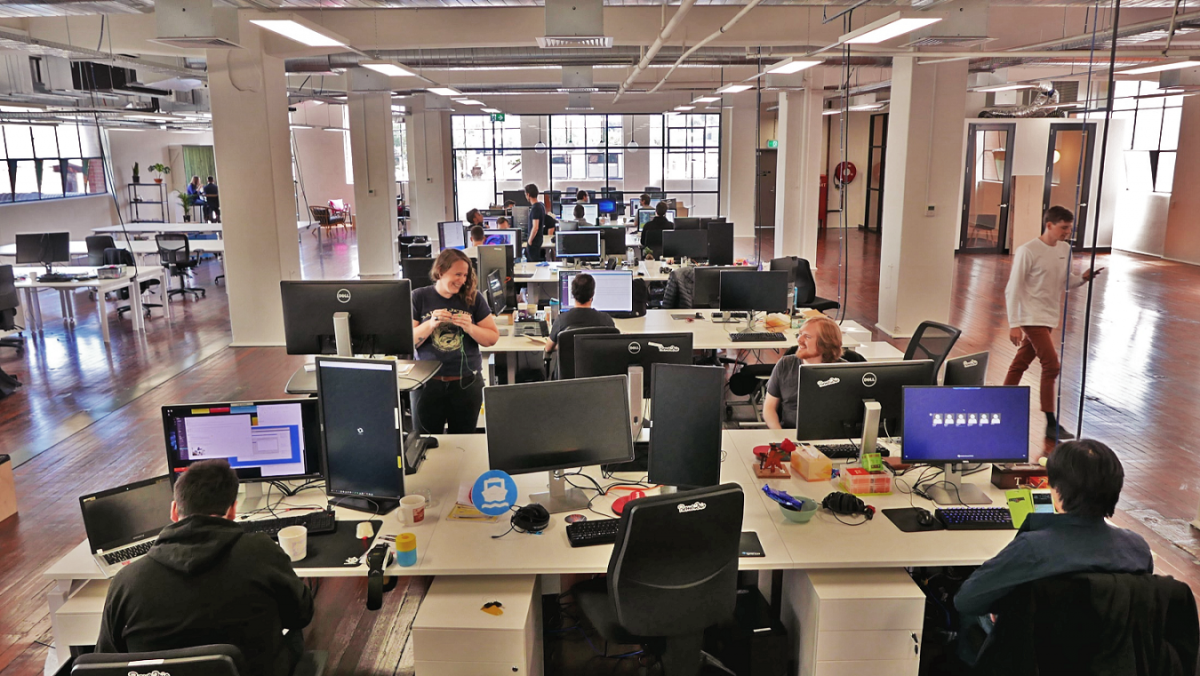 It was in the middle of a board meeting that the much anticipated email came through. It was from our landlord Derham Moss; our certificate of occupancy had arrived. It was the last piece of the puzzle. Our new office was ready.

We told the team the exciting news. Nobody wasted any time. Within minutes we were loading our PCs onto trolleys and desk chairs, and rolling them across to the new space. We were moving next door from Inspire9, our home for the last six years, and this was the fastest office move I’ve ever been a part of. Except, of course, for the 12 months of hard work and patience it had taken to make our new home a reality.

Our new home is Level 1 of Stewart House, 29 Stewart St, Richmond. 1,350 square meters of converted warehouse office space right next to Richmond station and in the heart of Melbourne’s tech start-up scene of “digital Richmond”. The building is part of the same Australian Knitting Mills complex that is home to Inspire9 and 99designs.

Our search for a new office started 14 months ago when our then team of 20 had clearly outgrown our home at Inspire9. We started looking for 350 to 400 sqm of office space, enough to accommodate our team’s growth to 40 staff. Eventually we realized that a lease of 3 to 5 years would require much more room for growth. Eventually we settled on Level 1, 29 Stewart St – a space we had been aware of since our friends at CultureAmp had considered renovating it back in 2015. CultureAmp had done a lot of the legwork preparing the space for lease – planning permits had been obtained and legals had been sorted. However the process had drawn out and CultureAmp ran out of time. They instead moved to an office in the city. That left Rome2rio as the lucky beneficiaries of CultureAmp’s efforts.

Despite all the hard work, especially by our COO Kirsteene Phelan, to make our new home a reality I think the team would agree it has been worthwhile. The new office already feels like home, enables us to work and play together in our own space like never before, and sets us up nicely for plenty of future growth.