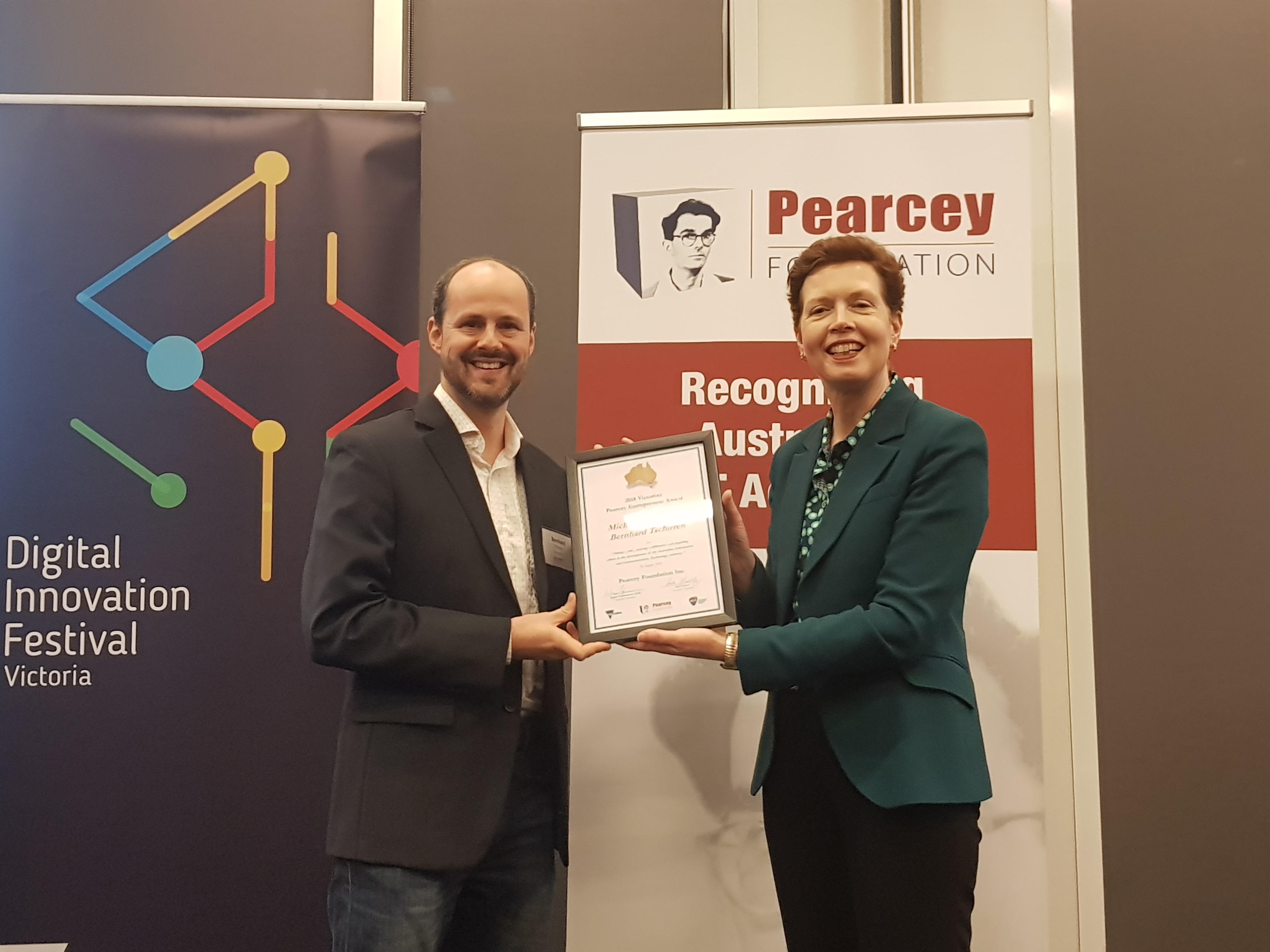 As we get into the swing of things in the second half of the year, we are proud to announce that Rome2rio has just added another feather to its award cap, with the 2018 Victorian Pearcey Entrepreneur Award. The award was presented to co-founders Michael Cameron and Bernie Tschirren on 28 August at the Monash Chambers in Melbourne.

The Pearcey Entrepreneur award recognises outstanding individuals who contribute to making a difference to others. The Pearcey Foundation, who run the national awards program, was established in honour of Dr Trevor Pearcey who led the team that built CSIRAC, now the oldest surviving stored-program electronic computer in the world.

Michael and Bernie started Rome2rio in 2010, basing themselves in Melbourne at a time when the startup scene was in its early stages. Staying true to their experimental scientific roots, they pledged to do things their own way rather than following the set blueprint of many startups. It is this innovation and individuality that have inspired others to follow suit, both within the company and in the wider tech realm and we are really excited to see them recognised for this.

The award has gone straight to the conference room!