Australian Open: How to get to the tennis 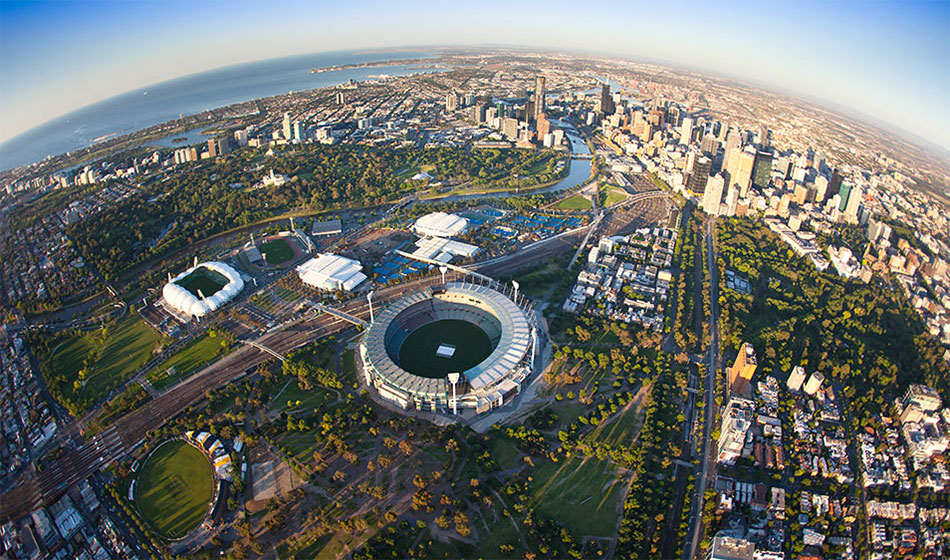 Wimbledon, Roland Garros and Flushing Meadows are all quite a hike from their city centres. The year’s first Grand Slam, by comparison, is a few minutes stroll from downtown, along the river and past bars and restaurants well-known for slowing the progress of tennis lovers headed to Melbourne Park.

Melbourne Park, the home of the Australian Open Tennis tournament, is a short walk from downtown Melbourne, and easily the most accessible of the Grand Slam events. Visitors staying in “the city” can stroll to the tennis with ease. Those staying further afield will find that getting around Melbourne is, frankly, a breeze.

Melbourne’s public transportation system is comprehensive, reliable, and easy to use. Trains, trams and buses all serve the Melbourne Park location, and all use the card-based Myki system for payment. Myki cards can be bought at the airport, train stations and convenience stores; there’s more info about how they work here.

Licensed taxis are plentiful in Melbourne – they’re all yellow in colour, and can be hailed on the street or found at taxi ranks throughout the city and suburbs. The rideshare service Uber is also popular. If you’re already an Uber user, you’ll find the app works just as well here as in your home town.

To demonstrate the array of options you’ll have for getting to and from the tennis, here’s a perfect example: St Kilda to Melbourne Park. A 10-minute drive from downtown, St Kilda is Melbourne’s best known beach, home to Luna Park and its heritage listed roller coaster, and a wonderful place for coffee and a stroll by the water after a hard day’s tennis. No matter where you’re coming from or going to in Melbourne, Rome2rio has all the options.

Most visitors will arrive at Tullamarine, Melbourne’s main airport. Sadly, there’s no rail connection to the city, but taxis are plentiful (though expensive; expect a $60-plus ride to downtown locations). A cheaper and often faster alternative is the Skybus, which departs every ten minutes at peak times and is priced at $18 per person.