How to get from London to Edinburgh 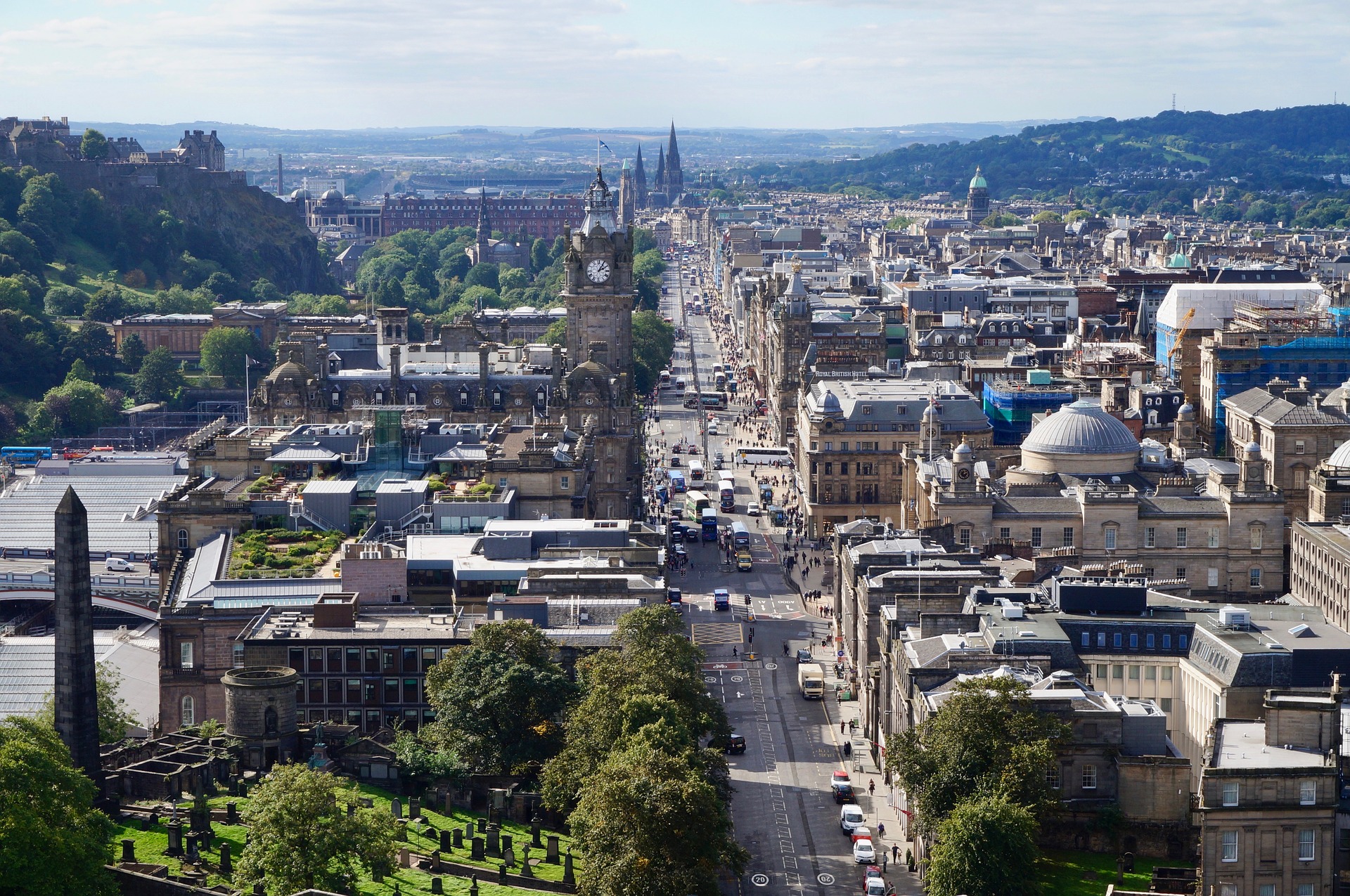 From London’s increasingly modern skyline to Edinburgh’s medieval Royal Mile, England and Scotland’s capitals are among Europe’s most iconic, both laying claim to incredible histories, literary masterpieces and royal residencies. Yet despite being less than 5 hours apart, Edinburgh’s charms remain drastically less touristed, with about a quarter the number of visitors as London each year. With four ways to travel from London to Edinburgh and many affordable fare options, it’s never been easier to start your day in Hampstead Heath and end the day atop Arthur’s Seat.

How much time do you have to travel from London to Edinburgh?
By train: Most scenic and least hassle
By plane: Most frequent – and (can be) least expensive
Edinburgh Fringe Festival

How much time do you have to travel from London to Edinburgh?

You could walk the 377 miles between London and Edinburgh, but chances are you don’t have 124 hours to spare. Equally, road travel between the two cities takes longer than you might expect: driving (either on your own or via rideshare services like Bla Bla Car or LiftShare) can take more than 7 hours with traffic, and the coach (serviced by National Express and MegaBus) can take more than 9.

If your aim is to get from pub to pub as quickly and efficiently as possible, then choose either train or plane – both of which take under 5 hours. Pricewise, both options often cost the same (or even less) than the average coach and rideshare prices. So unless you manage to snag one of National Express’s rare £3 fares, the increased travel time is hardly worth the savings.

Train: Most scenic and least hassle

If you’re the type of traveller who values leisurely travel – arriving just before departure, rolling on your suitcase without removing your liquids, securing a window seat just steps from the onboard bar and walking from the train into the heart of the city – then London North Eastern Railway’s direct service (along Britain’s east coast) between London’s King’s Cross and Edinburgh Waverley station offers the simplest and most straightforward itinerary. With WiFi-enabled trains running every 30 minutes and views of seaside towns and the rugged British coast along the route, your holiday starts before you even arrive.

That said, the cost can vary widely, with direct fares ranging hugely depending on date, time and class of travel. Standard and First Class tickets are at their cheapest when they’re released, up to 24 weeks before departure.

To experience the old-school glamour of train travel, consider travelling in style on the revamped overnight service from London to Scotland. The Caledonian Sleeper leaves from Euston every Sunday night, arriving in Edinburgh on Monday morning. The £150 million luxury refurbishment includes free WiFi, double beds, en-suite bathrooms and reclining seats, and reservations can be made up to 12 months in advance, starting from 2 June 2019.

Book your train ticket from London to Edinburgh

TIP: For the LNER service, book a seat on the train’s right-hand side for the best views when travelling north (and vice versa on the way south).

Plane: Most frequent – and (can be) least expensive

With more than 45 flights per day from London’s five major airports, flying to Edinburgh Airport offers the most flexibility in terms of location, departure time and price point. The overall journey will still take around 4.5 hours – combining travel to the airport, security checks, the 1.5 hour flight and travel to Edinburgh’s city centre on the other side – but depending on your airline, distance to the airport and preferred mode of airport transport, the trip could end up being cheaper than the train.

Here’s how the flight prices, distances and operators differ by airport, ranked from most number of flights to least:

TIP: While carriers like RyanAir, Easyjet and FlyBe do tend to be cheaper, make sure you can comply with their strict carry-on luggage rules. Otherwise, checked baggage fees might negate any savings you’ve found.

Each year during the month of August, Edinburgh hosts the largest arts festival in the world. The Edinburgh Fringe Festival is a splendid mayhem of comedy, cabaret, theatre and circus. Shows happen all over the city in a mix of established theatres and comedy clubs to more impromptu places such as pubs, streets and parks where daily street theatre performances are a regular occurrence.
The festival is one of the most highly ticketed events in the world with tickets going on sale at the beginning of each year. To make the most of your time there we recommend booking your tickets, accommodation and travel, well in advance.