From London to Paris and beyond, by Eurostar

Advance-purchase Eurostar fares can be cheap, and the many possible connections make travel between Britain and Western Europe quick and affordable. 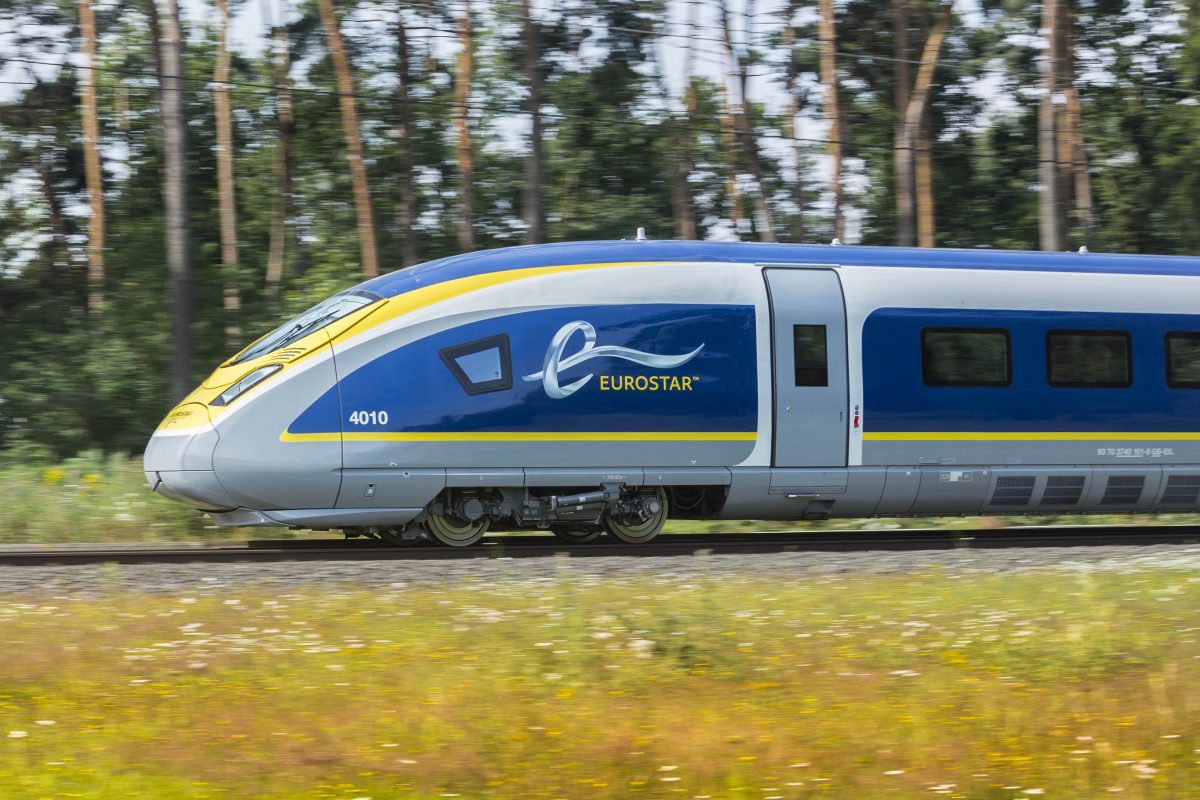 Eurostar’s fast, frequent and comfortable trains are a fantastic way to travel between London, Brussels and Paris. There’s also limited service to a few other destinations in France, and a new route to Amsterdam which started in April 2018.

What Eurostar routes can I choose from?

London – Paris: The most popular Eurostar route accounts for 70% of journeys between the two cities, leaving the airlines all but shut out. Trains run roughly hourly during the day and take an average of 2h 20 to reach Paris’ Gare du Nord station.

London – Brussels: The second most popular route has trains every 90 minutes to 2 hours. It takes just over 2 hours to reach Brussels Midi/Zuid station.

London – Lille: The trains leave roughly hourly to Lille in northern France, where there’s an easy connection to the French TGV network. The journey takes around 1.5 hours.

London – Disneyland Paris: Trains run several times a week year-round (daily during school holidays) from London to Marne la Vallée, which is right outside the Disneyland entrance. The journey takes under 3 hours.

London – Lyon/Avignon/Marseilles: For most of the year, there is a train from 1 to 5 days per week to the south of France, stopping at Lyon Part-Dieu station (4¾ hours), Avignon TGV station (6km southwest of the city centre; 6 hours) and Marseilles St Charles station (6½ hours).

London – Rotterdam/Amsterdam: This long-anticipated service started in April 2018. There are several trains daily to Amsterdam, taking about 4 hours, which include a stop in Rotterdam.

Where does the Eurostar train leave from in london?

How long should I leave for check in?

You’ll need to check in at least 30 minutes before departure (45 minutes at busy times like weekends and holidays). This adds to the scheduled travel times. All Eurostar passengers are subject to a pre-boarding security screening that is somewhat less invasive than that used in airports, but which is unheard of elsewhere on the European rail network.

Eurostar trains to London – except those from Paris and Brussels – stop in Lille for a 1¼-hour UK customs and immigration inspection (but there’s no 30-minute check-in at your boarding point).

The main Eurostar routes are not especially scenic. The trains run on special high-speed tracks that are the scenic equivalent of large divided highways. From London, the trains plunge into a long series of tunnels, eventually emerging in the sylvan Kent countryside, where you may get a fleeting glimpse of hops growing in elaborate frames. The time in the Channel Tunnel is a mere 20 minutes of darkness. The French and Belgian countryside is mostly a series of bland farms right until you get to Paris or Brussels, when you’ll get glimpses of the two cities.

What if my final destination is not serviced by Eurostar?

For destinations in Europe beyond Eurostar’s cities you can connect to other trains. Check Rome2rio for schedules and connections for train travel across Europe. Also see ‘How can I buy tickets?‘ below.

The main transfer cities are:

Eurostar trains are similar to other European high-speed trains, such as the French TGV, the German ICE and the Spanish AVE. All trains have small cafe areas where you can purchase drinks and snacks. The individual carriages (cars) are open and have seats mapped out in a variety of configurations:

Which Eurostar train class should I book?

All seats are assigned when you buy your Eurostar ticket. On the Eurostar website you can choose your exact seats; this may not be possible using other vendors.

Eurostar’s own seat maps are not always accurate – you can end up with a ‘window seat’ that lacks a window. The encyclopaedic train travel website seat61.com has accurate seating diagrams for Eurostar trains.

How much is a Eurostar ticket?

Eurostar tickets are sold like airline tickets, so there’s a huge and dynamic range of fares. You can buy tickets up to 180 days in advance. The earlier you buy, the better your odds are of getting a cheap seat. During popular travel times like weekends and holidays, you may find no cheap fares at all.

where can I buy Eurostar tickets?

There are many ways to buy Eurostar tickets in a variety of currencies online. Best sources include:

For any travel with Eurostar that requires a connecting train, search all the websites above as fare offers vary greatly.

How much luggage can I take?

One of the highlights of a Eurostar journey is that there is no weight limit for your luggage. If you can carry your own bags and put them in the luggage rack on board, that’s all you need. There is also no restriction on liquids. The Eurostar website has all the details.

From London to Paris and beyond, by Eurostar was originally published 6 December 2017.