How do I get from Seoul to Busan in South Korea?

Travelling from Seoul to Busan? Rome2rio tells you the smartest, cheapest and easiest ways to get from South Korea's bustling capital of Seoul in the north to the beaches of the southeastern coastal city of Busan. 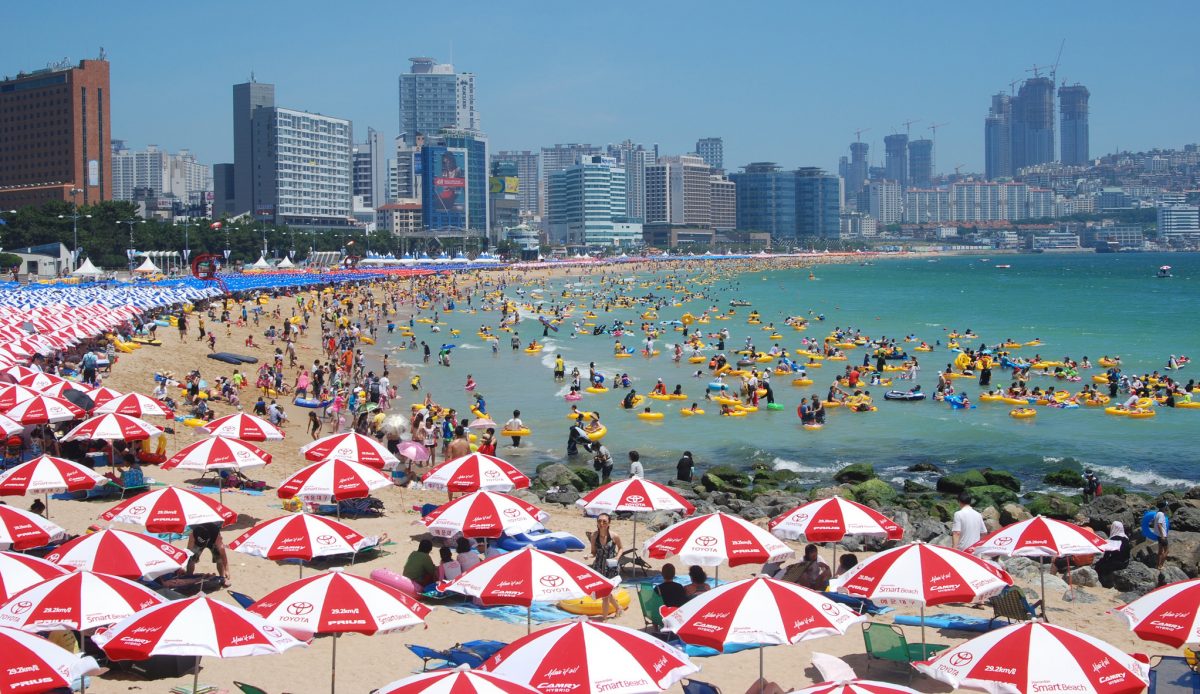 Seoul to Busan is South Korea’s busiest travel corridor. Some 400km of the Korean Peninsula separate Seoul in the north from Busan (formerly known as Pusan) in South Korea’s southeast. You can fly, take a bus or a train or drive between Seoul and Busan.

What’s the quickest way to travel from Seoul to Busan?

What’s the cheapest way to travel from Seoul to Busan?

Traditional trains have about the lowest fares between Seoul and Busan, and are comfortable and scenic. Buses have a similar cost and travel time, but are less comfortable.
Seoul to Busan bus route map
Busan to Seoul bus route map

Are there any other options for travelling from Seoul to Busan?

You can fly or drive between Seoul and Busan, but we wouldn’t recommend either. Flying is expensive, and travel times to and from airports plus minimum check-in times means it’s not much quicker than a bus or a traditional train. Driving is expensive and a major hassle.

You can fly or drive between Seoul and Busan, but we wouldn’t recommend either.

Getting from Seoul to Busan by train

There are two distinctly different ways to go by train from Seoul to Busan: one very fast, the other slow, scenic and cheap.

Korail KTX: High-speed trains based on the French TGV

Other important details for travelling by train:

Getting from Seoul to Busan by bus

There are scores of buses every day between Seoul Express Bus Terminal (which is on the subway system) and the Busan Central Bus Terminal. Buses come in three main classes that vary in size and comfort.

The Seoul to Busan bus trip takes between 4–5 hours and includes one brief rest stop. Buses do not have toilets.

Getting from Seoul to Busan by plane

The cheapest way is to get the subway to GMP airport and then a bus into Busan at the other end (route details below). Otherwise you can easily catch a taxi on either side of the flight.

From central Seoul to GMP by subway
GMP airport is on Seoul’s comprehensive subway system. From central Seoul, trains are frequent and take about 20 minutes on the Arex (airport express) fast train.

From GMP to PUS by plane
Airlines flying the route include the big international airlines Asiana and Korean Air plus budget carriers Air Busan and Eastar Jet. Flight time is about one hour.

PUS to central Busan by bus or subway
Several buses link the airport to central Busan; service is frequent although the trip can take up to one hour at rush hour. The English-speaking information desk in the airport’s arrivals area can help you decide which bus to take. Note: you can also take the light rail to Sasang station in the city, for further subway connections.

Getting from Seoul to Busan by car

South Korea has a well-deserved reputation for being a challenging place to drive. Drivers only selectively obey road laws, while signage and the road layout in and around cities can be deeply confusing.

Getting from Busan to Jeju Island

Flying is by far the quickest option. The flight time from Busan to Jeju Island is just under an hour with Jeju Air and Air Busan both offering frequent daily flights. However, if you already have a hire car in Busan and intend on using it to explore Jeju island then taking the overnight ferry from Busan to Jeju can be a good option. The ENA CarFerry takes around 12 hours, offers comfortable cabins and has approximately three sailings a week.

Need to book a hotel in Seoul or Busan?

Related article: Winter Olympics 2018, South Korea: Getting there and getting around

How do I travel from Seoul to Busan was originally published 22 January 2018.