How to score cheap flights this Christmas 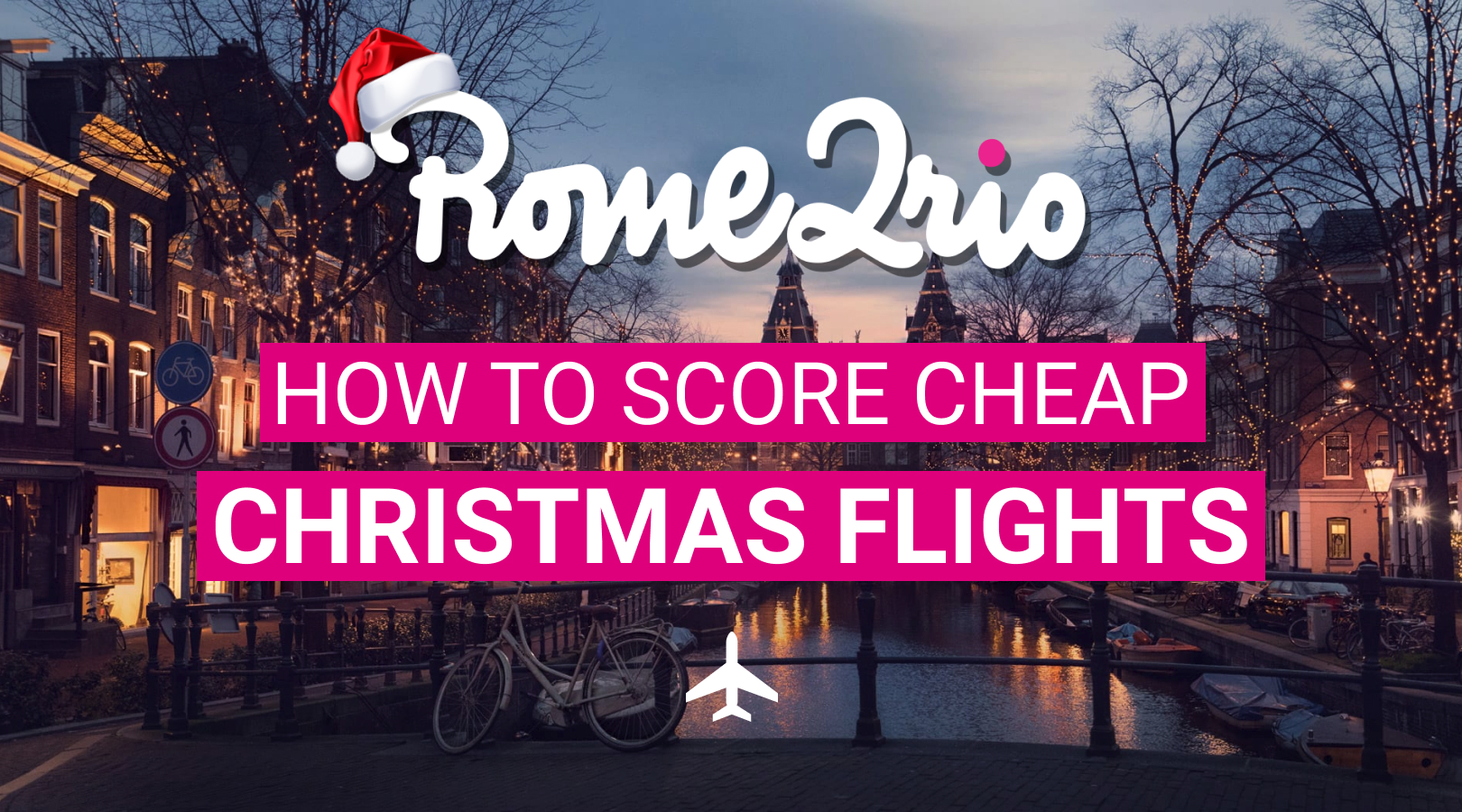 We know that travelling at peak season can be pricey (not to mention all the crowds, queues and kids), which is why we’ve asked our data science team to help make life a little easier. With more than 740,000 flight searches a month on Rome2rio, we have plenty of data to figure out the best time to book your Christmas holiday. In fact, we can probably even predict where you’re going to go.

Whether you’re dreaming of a beach holiday in Queensland or heading to Hogmanay in Edinburgh, Rome2rio shows you how to score the cheapest flights this holiday season.

When should I book my Christmas holiday?

We’re going to be blunt – pretty much immediately.

While it might feel strange to be thinking about Christmas right now, you need to remember that last-minute cheap flights are like unicorns; they (probably) don’t exist.

Our data shows a steep increase in people searching for flights from September – with most searches coming in the first week of December (get organised guys!). Contrary to popular belief, however, this is way too late to be finding any good deals; you really need to get started asap.

Since fare cycles differ depending on destination, we’ve broken down the best times – and days, in some cases – to book your Christmas holiday by region, whether you’re hoping to ring in the New Year in Paris, New York or Sydney.

What if I’m travelling in Europe?

For short-haul European flights, such as London to Berlin or Paris to Barcelona, prices tend to be at their lowest around June and July. From then on, they increase around 10-20% each month and peak from October to December. We recommend booking these asap.

If you don’t have the funds right now (or can exercise some patience), prices start dropping again towards the end of the holidays, so an early to mid-January jaunt in Europe could be in your future.

TIP: Consider flying on the days that other people don’t want to travel. For example, international flights departing on Christmas Day are about as cheap as you can get (although interestingly, domestic flight prices often peak on Christmas Day). Similarly, prices in early January see a marked drop; while everyone else is at home grumbling about how poor they are, wouldn’t it be nice to be jetting off on an exotic adventure?

What if I want to have Christmas on the beach?

If you’re travelling further afield, fares from Europe to Australia start to get significantly more expensive after August. We recommend planning and booking your trip in the next few weeks in order to get the best deals. (Note: if you’re not ready to plan your Xmas barbie on Bondi Beach quite yet, prices should drop again in November, although not quite to August levels).

TIP: According to our 2017 data, the absolute cheapest month to book an Xmas flight to Australia is in February.

If the US is your destination of choice, things look a little different. Our data tells us that US holiday-season prices don’t see the same dramatic increase towards the end of the year as they do elsewhere, so it may be worth holding out for a Christmas bargain. In fact, August, October and November are especially good times to book, with prices even dropping slightly during these months.

TIP: If a Canadian Christmas is more your thing, winter flights are at their most expensive in August, and drop substantially from September to November.

Should I book my ticket on a specific day?

If you’re travelling within Europe, the actual day you fly doesn’t really matter – prices stay pretty much consistent throughout the week. However, if you’re booking non-European flights, fares tend to increase on Saturdays, Sundays and Mondays, so we’d suggest booking to travel somewhere between Tuesday and Friday. Searching in incognito or private mode may also help avoid unnecessary price hikes.

Where should I go?

Within Europe, our three most-searched Christmas destinations for 2017 were Paris, Amsterdam and Edinburgh. If you’re feeling too tired for Hogmanay, too jaded for the City of Love or just too old for Amsterdam, here are some other exciting, and possibly less-crowded, 2018 alternatives:

Find out how to get to your dream Christmas destination here, and download Rome2rio’s mobile app to start saving on Christmas flights!

How did we figure this out?