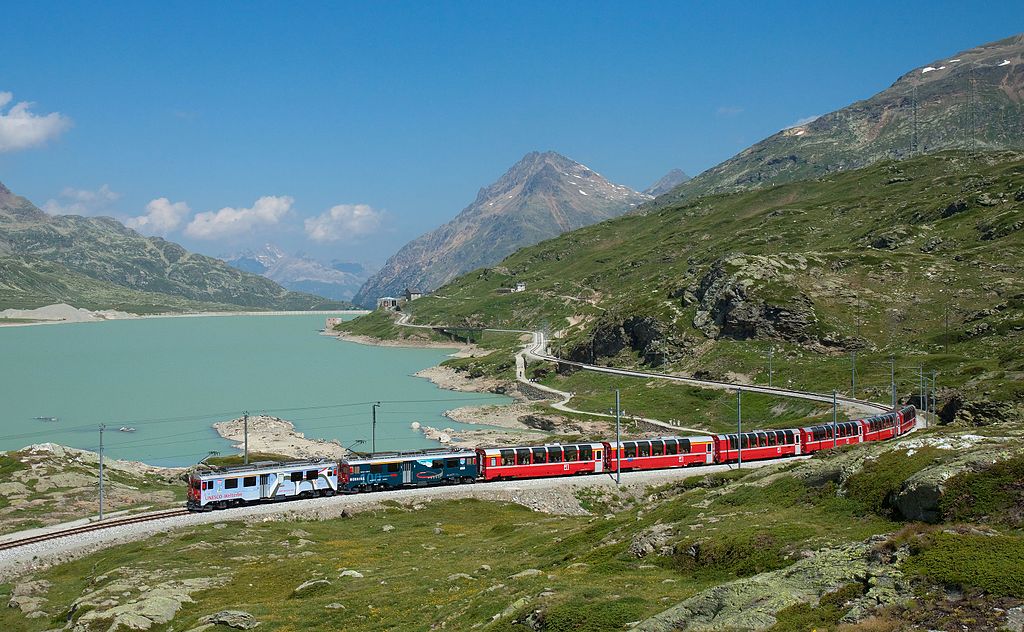 The Italian Lakes splays out with watery fingers north of Milan in the mountains bordering Switzerland. It is one of Europe’s most beautiful and fabled areas, with dramatic peaks framing deep blue lakes whose shores are speckled with historic villages. We explain how to get to Lake Como, Lake Garda, Lake Lugano and Lake Maggiore, whether you’re coming from the airport or travelling between lakes.

Which Italian lake should I visit?

Just like siblings, the Italian lakes are related but have distinct personalities. Beautiful Maggiore is the most famous of the lakes; it offers a distant backdrop of gorgeous Alps, yet has weather more in tune with balmy Italy. Como has the postcard-perfect village of Bellagio at the apex of its inverted Y shape and is known for the ring of equally cute villages around its shores. Lake Lugano is for those who want to enjoy both Italy and Switzerland, as its waters span both countries. Lake Garda is the largest Italian lake and spreads out into the sun-drenched Italian plains of Lombardy and Veneto. Ferries connect towns and villages across the Italian lakes.

What’s the best way to get to Lake Como and the Italian Lakes?

Roads are curvy, slow and often traffic-clogged, and the bus network is patchy. But trains go to all the lake towns on a regular basis and they allow easy transfers to the lakes’ ferry systems. Plus, they offer often-beautiful rides.

All four lakes are easily reached by frequent trains from Milan in Italy and the main cities in Switzerland, including Lugano and Zurich. You can also train from one lake to another. See below for specific lake information.

What if I’m coming to the Italian Lakes from the airport?

Milan-Malpensa International is the closest major airport; train connections from here to the Lake District are usually via Milan’s main train station, Centrale (the Malpensa Express to Centrale from takes around an hour).
Milan-Malpensa Airport to Milano Centrale Railway Station

Who runs the trains around the Italian Lakes?

The two main operators are the Italian railway, Trenitalia, and the Swiss railway, SBB. These huge systems provide the long-distance trains into the region and link up with other European railways further afield. The dense network of local trains serving the lakes is run by the Italian regional railway Trenord.

When do the trains run?

It’s easy to check Trenitalia and SBB schedules online. You can count on at least one train an hour in any direction on their major lines serving Milan. Trenord’s timetables are more problematic as the operator is notoriously lax about putting them online – although you can always check an up-to-date timetable at stations in the region. However, all their lines have trains at least hourly, and distances and travel times are fairly short.

How much do train tickets cost?

Fares on the long-distance express trains to Milan and Lugano from further afield in Switzerland, Italy or beyond are sold like airline tickets – the sooner you buy the more you save. Tickets go on sale online 90 days ahead and can be bought on the Trenitalia, SBB or other online train-ticket websites.

Fares on the various local Trenord trains in the region are low – about €5 to €15 – and don’t need to be booked in advance. You buy them from machines at any train station.

How do I get to the lakes?

How to get to Lake Maggiore:

Book a hotel in Lake Maggiore

How to get to Lake Como:

Book a hotel in Lake Como

On the lake’s east side, Trenord has an hourly service between Milan and Tirano on the Swiss border. Disembark at Varenna for the ferries to all points on Lake Como, including the popular town of Bellagio.
Milan Centrale Railway Station to Varenna-Esino-Perledo Railway Station
Veranna to Bellagio by ferry

On the east side of Lake Como, the local train line that serves Varenna from Milan continues north and terminates in the border town of Tirano. Here you can transfer to one of Switzerland’s most famous and spectacular trains through the Alps, the Bernina Express, which runs north and serves destinations such as St Moritz and Davos. From the terminus in Chur, you can get trains to Zurich and other main Swiss cities. This train is so scenic that the train cars have windows all around, including the roof.

How to get to Lake Lugano:

Book a hotel in Lake Lugano

How to get to Lake Garda:

The lake is linked to rail at the two southern towns of Desenzano del Garda and Peschiera del Garda. Both are served by numerous local and express trains on the busy Milan to Venice route (approximately 90 minutes from Milan; 1 hour 45 minutes from Venice).

Book a hotel in Lake Garda

How do I travel between the lakes?

You can get from one lake to another, usually with a change or two of trains.

• Lake Maggiore: In most cases you’ll take a train to Milan and change trains for the other lakes. However, you can also take a ferry north to Locarno and take a train connection to Lugano (one hour), changing in either Giubiasco or Bellinzona.
Lake Maggiore to Lake Lugano by ferry and train

• Lake Como: It’s a short train ride to Lugano (direct trains take 30 minutes); for the other lakes you’ll need to transfer in Milan.
Lake Como to Lake Lugano by train

What’s the most scenic journey around the Italian Lakes?

The Lago Maggiore Express, combining train and boat travel, is the ultimate day trip as it curves through deep river gorges and soaring peaks while wandering past painfully cute little Alpine villages. From Arona, Beligrate or Stresa, take a local Italian train to the Alpine town of Domodossola where you transfer to one of the region’s most beautiful train rides: the aptly named Centovalli (Hundred Valleys) train to Locarno in Switzerland. From here you can get a ferry back to the port of your choice on Lake Maggiore. Purchase a combined fare for this journey from any ferry ticket office on the lake (€34 for adults / €17 for children).

How do I get around the lake once I’m there?

Each lake is served by a dense network of ferries; scenic regular ferries serve virtually every lakeside town and village, while express hydrofoils link the main ones. Towns with train stations also always have ferry ports.

Individual ferry tickets on the lakes cost €3 to €15, and can be purchased from ticket booths at the ports. Day passes are good deals and sell for about €7 to €35. Up-to-date fare and timetable information for Lakes Maggiore, Como and Garda can be found here; and here for Lake Lugano.

This article was originally published on 9 June 2017