Jadrolinija Croatia ferry guide: What you need to know 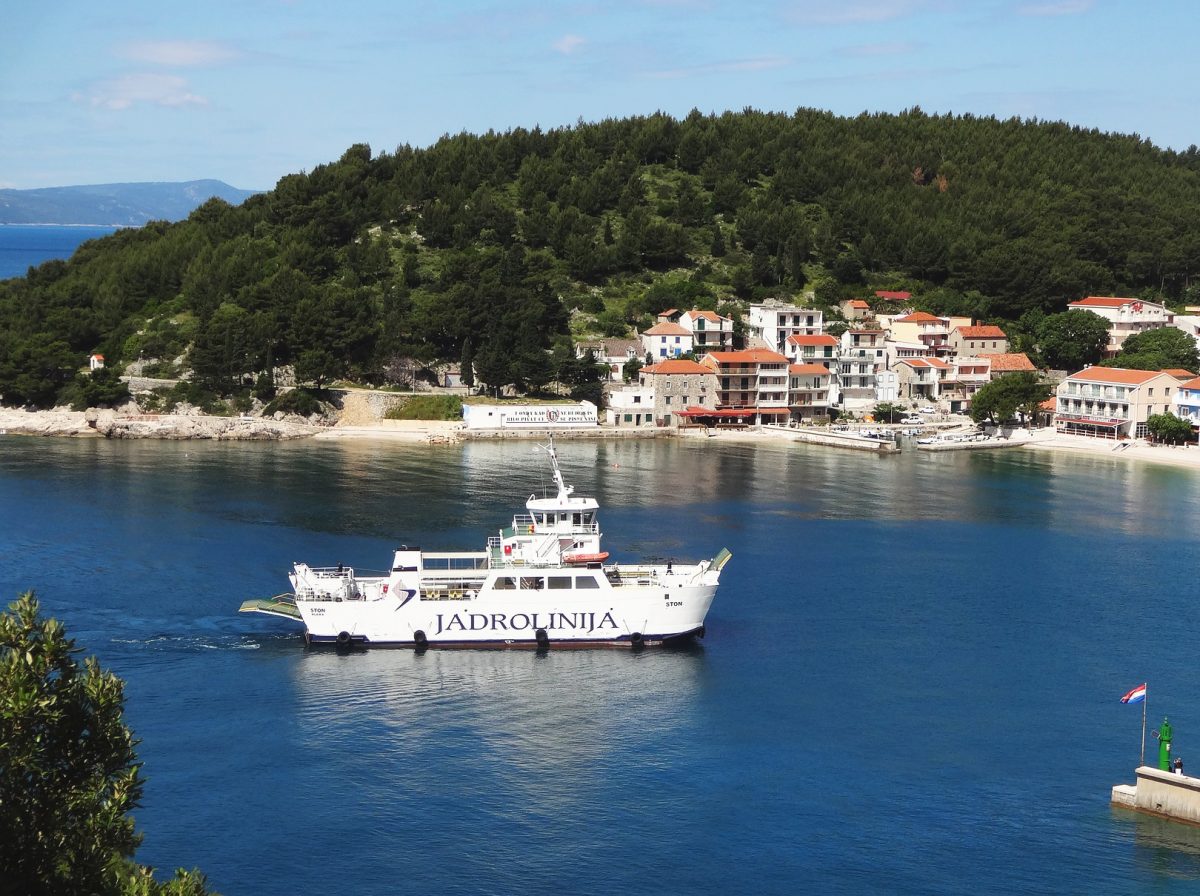 If you’re planning to explore the Dalmatian Coast or visit one of the many picture-perfect Croatian islands that include Brač or Hvar, then you need to get to know Jadrolinija, Croatia’s major ferry operator.

Pronounced ‘yadroleeniyah’, Jadrolinija services are subsidised by the Croatian government and have a reputation for being safe, comfortable and air-conditioned. On some routes (like Ploče to Trpanj, the historic fishing village on the Pelješac peninsula or Drvenik to Sućuraj town on Hvar island), it’s the only ferry company available.

Scenic ferry destinations include the island of Brač with Zlatni Rat beach near Bol, popular Hvar island, the historic walled city of Dubrovnik and the idyllic island and medieval town of Rab.
Read on to find out how to get there.

FERRY TIP: To score the best seats, be sure to arrive at least an hour prior to your departure and be first in line as boarding begins – seat reservations aren’t always possible.

What’s the difference between Jadrolinija and other Croatia ferry services?

Most private operators are equally as reliable as Jadrolinija. The main difference is that Jadrolinija offers the highest frequency of services and ferry lines, regardless of demand. Jadrolinija boats will only cancel their trips due to technical issues or severe weather conditions (high-speed winds such as the northeastern Adriatic wind called bura). Most private ferry services are specialised in popular local routes or certain districts of the coast, and reserve the right to change timetables and services without prior notice.

If you’re transporting a vehicle, Jadrolinija should be your first point of research as it offers the largest number of car ferries along the Adriatic. Privately-owned companies mainly offer foot passenger transit (hence their more frequent departure times and faster journeys).

Why would I pick a private operator over Jadrolinija?

FERRY TIP: One of the best ferries sailing the Adriatic is Jadrolinija’s 100m-long Korčula, completed in 2017 with a capacity of 700 passengers and 170 vehicles. Its hour-long route starts at Split, and heads to the islands of Korčula and Lastovo at a speed of 16 knots (about 30km/h). The catamaran Vida, which also operates in the Split area to the islands of Hvar and Korčula, has a capacity of 304 passengers and sails at 33 knots (around 60km/h).

How often do the boats sail?

Each route has a different sailing schedule, with the more popular lines offering an average of two to three boats per day in peak season.
Find all Jadrolinija lines and schedules here

FERRY TIP: Croatian ferry lines often adjust their schedules to suit inhabitants who live on islands and travel to the mainland, offering 1–2 trips in the morning and 1–2 trips back in the afternoon/evening.

Latest 2018 ferry schedule information can be found on the Jadrolinija website.

How much does it cost?

The price depends on the length of your route, as well as the time of year and the type of boat. Catamarans (fast boats) are usually double the price of ferry services.

Price lists for each line are available on Jadrolinija’s website, according to local and international lines:

Children up to three years old travel on Jadrolinija for free. On catamarans, children aged one year and below must sit on their parent’s lap. Children aged 1–3 receive their own ticket and seat. Tickets for children aged 3–12 are 50% cheaper than the regular prices.

How do I book?

Book Jadrolinija ferries online and pick your ticket up at the ferry booth at the port, or purchase tickets directly at the port’s ticket offices. You can use debit/credit cards for either option. Online tickets cannot be purchased on the date of travel for high-speed (catamaran) lines.
An alternative online option is to book through Direct Ferries.

There are no multi-day Jadrolinija ferry passes; you’ll need to book each trip separately.

FERRY TIP: You may notice that some ferry lines are not always available online; this is because certain timetables/schedules are not yet released by the ferry operator. You will always find the most accurate and recent info at the ticket booths at ports.

How do I check in?

What documents do I need?

FERRY TIP: Keep in mind Croatian law requires both citizens and tourists to carry identification with them at all times (valid ID card or passport).

What amenities are there?

FERRY TIP: During summer, find yourself a shady spot out on the deck to avoid freezing in the extremely air-conditioned salon.

What happens if my ferry is cancelled?

If your departure is cancelled due to bad weather or technical issues and you are not provided a substitute trip, you are entitled a full refund at the original ticket booth.

Can I cancel my Jadrolinija ferry trip and how can I get reimbursed?

Yes, you can cancel your trip at Jadrolinija ticket booths up to 6 hours before your scheduled departure and get the full amount of the ticket price back – less 10%.

When travelling from the Croatian coast (Zadar, Split or Dubrovnik) to the Italian coast (Bari or Ancona) or vice versa via Jadrolinija, ticket prices differ according to the type of seating/accommodation, high/low season and day of the week.

You can either pay for your food in advance (when buying your ticket), or on board. It’s always advisable to carry cash, although Jadrolinija generally accepts cards.

Children up to 3 years of age travel on Jadrolinija’s international lines for free if they don’t need their own beds. Tickets for children aged 3-12 are 75% cheaper than adult prices. Travel with your dog for an additional €5. Guide dogs are free of charge.

WiFi is available on international lines, and the ferries have a coffee bar, restaurant, kids corner, small chapel and vehicle garage.

Jadrolinija Croatia ferry guide: What you need to know was originally published 19 November 2017.