The beginner’s guide to the World Nomad Games 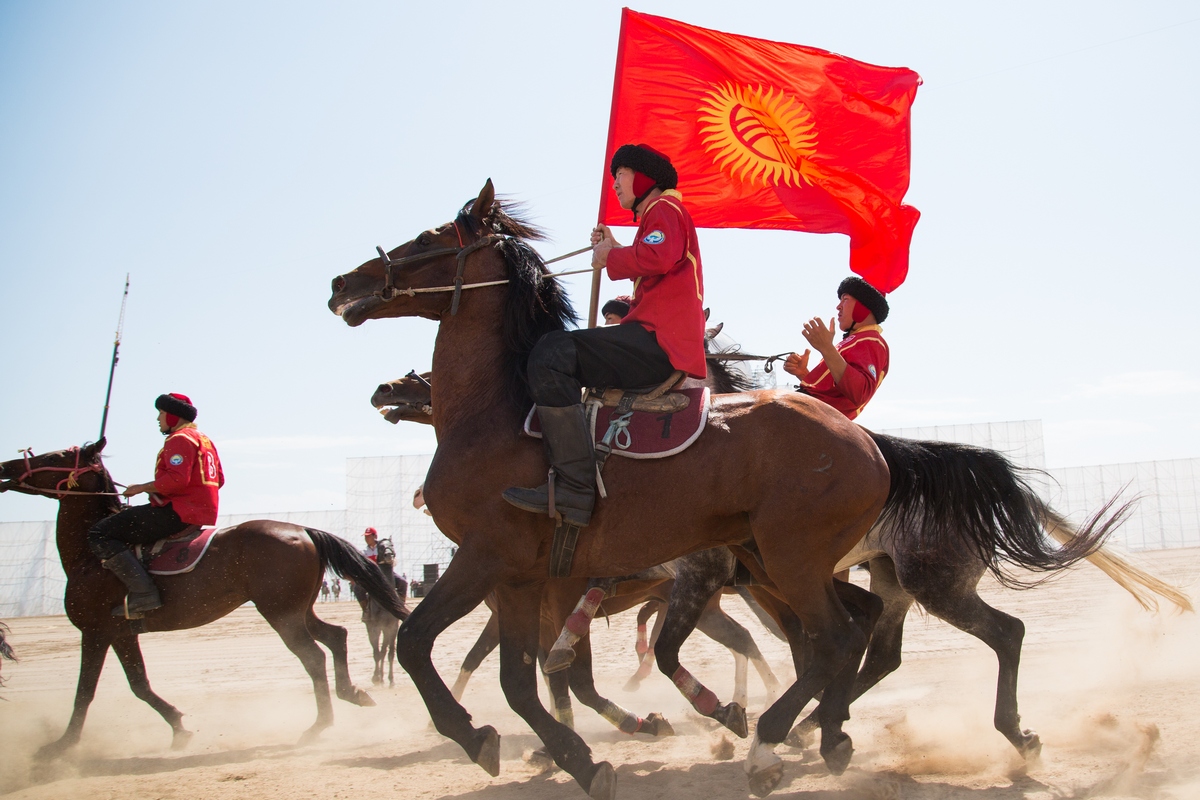 (Credit: Secretariat on Preparation and Hosting of the Third World Nomad Games)

The World Nomad Games is an international competition dedicated to Central Asian sports such as horseback wrestling, archery and hunting with golden eagles. Held every two years since 2014, the event was created to preserve the historical cultural heritage of nomadic civilisations. The World Nomad Games has 3,000 athletes from 77 countries participating in 37 types of ethno sports. The next edition of the games will take place in 2020.

How do I get to the World Nomad Games?

The World Nomad Games events are held in Kyrgyzstan at multiple locations along the north shore of Issyk-Kul, the world’s second-largest saline lake. The easiest way to get there is to fly into Bishkek’s Manas International Airport, from where you can take a bus or hire a car to the main venue in Cholpon-Ata. Another option is flying into Almaty, Kazakhstan, from where it’s an approximately 9-hour journey via Bishkek.

What do I need to attend the Games?

Kyrgyzstan has Central Asia’s most liberal visa policy. Passport-holders of 60 countries may visit Kyrgyzstan without a visa for up to 60 days. A visa on arrival can be issued at the airport for nationalities of many other countries.

Tickets for the opening and closing ceremonies can be bought through the official World Nomad Games mobile app on iOS or Android (prices range from $10 to $100). All other sporting and cultural events are free to attend. Plus there are free shuttle buses to take you between the venues.

Which events should I watch?

Horseback wrestling, horseback archery, hunting with golden eagles and stick wrestling are just a few of the sports played at the World Nomad Games. Participants also compete in intellectual board games, such as the traditional Turkish game Mangala, and there’s a scientific forum called ‘Historical Heritage and The Future’.

What are the highlights of the Games?

The opening ceremony at the hippodrome in Cholpon-Ata is a definite highlight, with fireworks, performances – and even a celebrity appearance!

The most mind-blowing (and controversial) sport at the World Nomad Games is kok-boru, otherwise known as ‘dead goat polo on horses’. The rules are simple: two teams of riders try to get a goat carcass in the goal to score points for their team. This is a national sport in many Central Asian countries and competition can be intense. The Kyrgyzstan team was the official 2016 winner, but Nomad Cowboys, the first American team to ever play kok-boru, were definitely the fan favourite.

Our third don’t-miss is the ethnographic festival in the picturesque Kyrchyn Gorge, 52km from Cholpon-Ata. This huge yurt village in the middle of the mountains offers a great opportunity to learn about nomadic culture and sample Kyrgyz food. The program includes a fair featuring traditional handicrafts and craftsmen’s workshops. Falconry, eagle hunting and dog sports are also held in the Kyrchyn Gorge.

Where should I stay to watch the Games?

What are the best ways to get around Kyrgyzstan before or after the Games?

Public transportation in Kyrgyzstan is not great; we recommend hiring a car if you’re going to travel to various places outside the capital city of Bishkek. If you plan to stay in Bishkek for a few more days, this public transport app will help you figure out how to get around using local buses. Taxis are another option of getting around the city easily.
Explore Kyrgyzstan attractions here

Can’t wait to check out Kyrgyzstan? Download the Rome2rio app so you can plan your journey on the go.